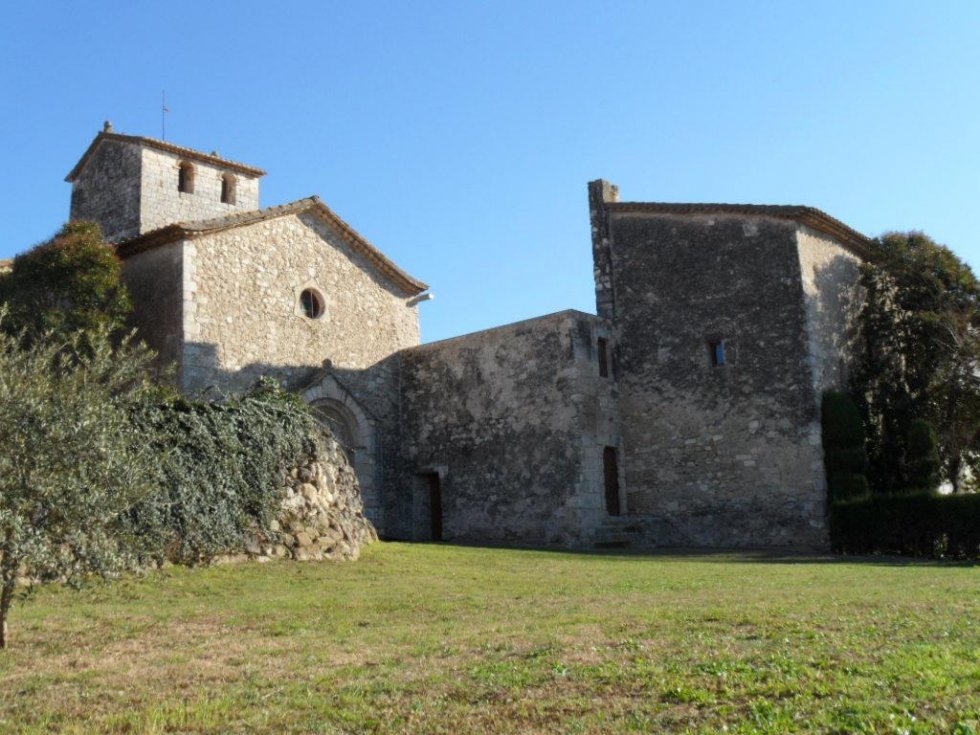 Envoltat de natura, Sant Cugat Sesgarrigues, offers a wide range of routes of undeniable interest in landscape. One of the most popular and attractive, is the one that goes from Sant Cugat to the Romanesque monastery of Sant Sebastià dels Gorgs.
This is a simple, no more than half an hour, to this sea of vineyards that allows us to enjoy the forest and agricultural landscape, but also the fauna typical of this area. We start the tour in the Plaza of the Church, out in the street of our Lady of Montserrat to go get the BV-2429. We will have to cross the Track, and continue the same way up in San Sebastian of the Pools, We will be on the right. This monument, that year 2000 It was declared a Cultural asset of national interest, It was built in the. XI, but underwent several renovations until the eighteenth century. Noted for its bell tower and its Romanesque cloister. This cloister, restaurat l’any 2011, fully preserved north wing, consisting of two couples of arches that rest on pillars and columns carved capitals, and part of the east and west wings. They offer guided tours explaining the context and historical development of the building.